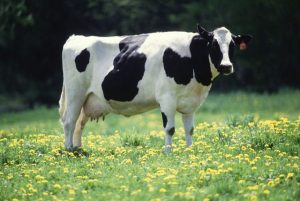 The second round of talks about the North American Free Trade Agreement (NAFTA) have closed and sources say that Canada has pushed off pressure from the U.S. about American dairy producers gaining more access to Canadian markets.

Canada, the U.S. and Mexico met for a five-day round of negotiations in Mexico City on Sept. 1. President Donald Trump initiated the negotiations in the wake of his now-infamous statement that he wanted “a lot more than tweaking” of the 23-year-old trade agreement.

Canadian Foreign Affairs Minister Chrystia Freeland said that she was pleased with the progress made at the talks, but that the major points are still undecided.

"I want to reiterate: This is Day 20," Freeland noted, commenting that the schedule the U.S. has proposed is extremely quick for negotiations of this kind. "This is an extremely accelerated process. This is Day 20 of an accelerated and extremely comprehensive negotiation. We are running fast for (an agreement by) the end of the year.”

Of course, one of the main sticking points in the negotiations will undoubtedly be Canada’s supply-managed industries, chiefly dairy. Canada’s supply-managed dairy system has been under fire from the U.S. for years, with American politicians claiming it violates the very nature of NAFTA and plenty of Canadian economists saying that supply management forces consumers north of the border to pay exorbitant prices for milk and butter.

The dairy sector was excluded from the original NAFTA deal, signed in 1994. Then, as now, Canadian industry officials cited that supply management was a domestic policy, concerned with producing and selling dairy within Canada’s borders.

But some factions of the U.S. dairy industry are not happy that Canadian producers get to profit from price controls under supply management. More recently, U.S. critics have accused Canadians of selling skimmed-off diafiltered milk components for cheese-making. The lower market prices put the pinch on Americans, particularly in the pizza market.

What does Ottawa say?

From Stephen Harper to Justin Trudeau, no Canadian government has promised that it would not make changes to supply management if push came to shove in a NAFTA renegotiation. Federal Minister of Agriculture Lawrence MacAulay was no different when asked about the Liberal government’s stance.

“I’m not the official trade negotiator,” MacAulay said, speaking during a meeting of provincial and territorial agriculture ministers in St. John’s. “But without a doubt we will make sure that we have capable trade negotiators in agriculture and in the trade department who will handle these issues very capably.”

“I think the message to the U.S. negotiator is very clear from Canada, I would say more clear this time than in any other negotiation we have had before,” Groleau said.

Groleau, himself a long-time dairy producer, was quick to point out that the U.S. maintains some protectionist policies of agricultural products itself.

“The U.S. also has its own commodities that they’re protecting, like sugar and peanuts,” he said. “We import in Canada eight per cent of our dairy consumption. (The) U.S. imports less than two per cent. So our market is not totally closed.”

While negotiators remain positive about the progress made at the first two rounds of talks, there are still many hurdles to overcome.

The second round began with a threat from Trump to withdraw from NAFTA entirely. On the final day, he announced plans to cancel an amnesty program for young immigrants brought illegally into the U.S. by their parents.

The third round of talks will be done by the end of September, with Canada, the U.S. and Mexico hoping to move swiftly to an agreement by 2018.