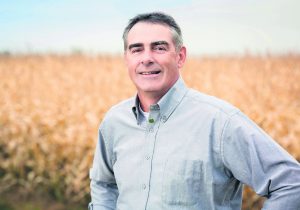 This spring, at the end of a lengthy re-evaluation, Health Canada determined that products containing the weed killer glyphosate (Roundup®, Vision®, etc.) pose no hazard to human and environmental health if used according to the directions.

Health Canada’s decision was met with a negative reaction by a number of actors from civil-society actors and people working in environmental protection. They pointed out that glyphosate is classed as a “probable carcinogen” by the World Health Organization (WHO) and called for it to be banned. However, even the WHO qualified its conclusion, adding that it is “unlikely that the residues detected in food are a cause of cancer in humans.”

However, Health Canada has countered that the WHO analysis “is a hazard classification and not a health risk assessment. This means that the level of human exposure, which determines the actual risk, was not taken into account.”

One important thing to keep in mind: a ban on glyphosate in Quebec or in Canada would not apply to imported products and would not require special labelling under the current legislation.

The saga surrounding the use of glyphosate is no trivial matter. Pesticide use is a consumer concern. In response to this concern, the government has chosen the route of coercion and slapping anyone caught violating regulations with fines. But is this the best angle of attack? The answer is no.

For several years, the Union des producteurs agricoles (UPA) has been calling for a concerted agro-environmental action plan to guide producers in their efforts to guard against crop pests. Under such a plan, there would be access to specialized plant protection resources for farmers, knowledge transfer, and additional investment in research on ways in which pesticides can be used more effectively and, eventually, replaced.

Farmers don’t use pesticides for their own enjoyment. They do cost a lot of money, after all, and farmers are well aware of the public’s concerns about pesticides. Every year, Quebec’s market gardeners, fruit growers and grain producers sink large sums into centres of expertise to support pesticide research.

As it turns out, the UPA has its own plant protection action plan. The plan is intended to create an environment that is favourable to integrated pest management by emphasizing farmer training, research and development of replacement solutions, the creation of decision-making tools adapted to the needs of agricultural businesses, knowledge transfer, coaching from agricultural advisers, and the promotion of farmers’ efforts and successes in the domain.

Farmers and environmental organizations have the same goal in mind: to produce food without harming the environment. Things may not be progressing as quickly as some people would like, but the agricultural community is indeed working on it. I invite environmental groups to throw their full support behind our repeated demands for a concerted agro-environmental action plan. If we succeed in leveraging the collective organization of farmers, scientific research, knowledge transfer and plant protection expertise, Quebec could become a true leader.

In the opinion of the UPA, the action plan would be a quintessential ingredient in Quebec’s future bio-food policy.