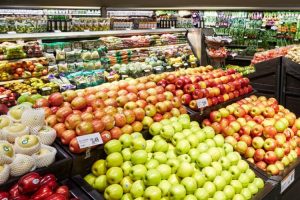 
Canadians have had their say on what they want from a national food policy. Now, the only question that remains is what Ottawa will do with the tens of thousands of suggestions they’ve received for its long-term visioning project entitled, “A Food Policy for Canada.”

Over the course of the past four months, Agriculture and Agri-Food Canada (AAFC) has been holding public consultations asking Canadian citizens, agricultural producers, processors and just about anyone who has an opinion about what a nationwide policy on food matters should contain.

The response was so overwhelming that AAFC extended the comment period for its online survey by a month. The response shows that Canadians care about how their food is produced, inspected, shipped and sold.

AAFC states the food policy “will set a long-term vision for the country’s health, environmental, social, and economic goals related to food, while also identifying actions that can be taken in the short-term to improve Canada’s food system.”

Minister of Agriculture Lawrence MacAulay announced the consultations at the Canadian Association for Food Studies Conference in Toronto on May 29. Implementing a national food policy was a Liberal government election promise. When MacAulay was appointed to the cabinet position, Prime Minister Justin Trudeau spoke of the priority of developing the policy in a published mandate letter addressed to the new minister.

Trudeau clearly stated that one of MacAulay’s key tasks would be to “develop a food policy that promotes healthy living and safe food by putting more healthy, high-quality food, produced by Canadian ranchers and farmers, on the tables of families across the country.”

Those are things that Canadian agricultural producers have a vested interest in. The federal government has already heard from about 30,000 Canadians through its survey and public consultations.

MacAulay and other industry stakeholders met in Ottawa to hash out further details of the “Food Policy for Canada” on June 22 and 23. An “engagement session” was also held in St. Hyacinthe on Aug. 16.

“The decisions we make as a government, and as individuals, about food have a major impact on not only our health and well-being, but on our environment, our communities, and our economy,” said MacAulay in an official statement following the public consultations. “Conversations like the one we are having today are vital to ensuring the food choices we make are the right ones, while ensuring we meet the growing world demand for high-quality foods produced by our farmers and ranchers."

A summary report based on the feedback received during the public consultations is due this fall.

The federal government’s food policy consultation focuses on four key themes. Here are a few facts and figures that touch on each of these subjects:


Increasing access to affordable food: In Canada:
– In 2016, Canada ranked 8th out of 113 countries on food affordability, availability, and quality and safety.
– A total of 1.1 million – or 8.3 per cent – of Canadian households experienced food insecurity in 2011-2012. Food security is deemed to exist when all people within a household, at all times, have access to sufficient, safe and nutritious food for an active and healthy life.
– 863,492 people used a food bank in Canada in 2016.
– Eight out of 10 provinces saw increased food bank use in 2016. In Alberta, Saskatchewan and Nova Scotia, food bank use increased by more than 17 per cent.
– In 2015, the average Canadian household spent $8,629 on food.
– In 2015, households in Iqaluit and Nunavut spent an average of $14,963 on food.
In the world:
– The world’s population is expected to hit 9 billion by 2050, up from 7 billion in 2017.
– In 2015, 795 million people across the globe were considered undernourished.

Conserving soil, water and air:
– A total of 7.2 per cent of Canada’s land base consists of farmland.
– From 1981 to 2011, there has been a 7.6-per-cent increase in soil cover, an indicator of improving soil health.
– In 2011, 35 per cent of farms in Canada had an environmental farm plan, which covered half of all agricultural land in the country. This is a 7-per-cent increase from 2006. Producers with a plan are considered more likely to have adopted a variety of beneficial management practices to minimize on-farm environmental risks.
– In 2015, agriculture was responsible for about 10 per cent of Canada’s greenhouse gas emissions. That’s an 18-per-cent decrease in net emissions from 1990.
– Each year in Canada, about 40 per cent of all food produced goes uneaten. In 2014, that represented $31 billion in waste. The sources of this waste include:
Households: 47%
Food processors: 20%
Retailers: 10%
On the farm: 10%
Hotels and restaurants: 9%
Transportation: 4%


Growing more high-quality food:
– In 2016, agriculture and the agri-food sector represents $112.1 billion in economic activity, or 6.7 per cent of Canada’s Gross Domestic Product.
– In 2016, agriculture and the agri-food sector employed 2.3 million people, representing 1 in 8 jobs.
– Canada is the world’s 5th largest exporter of agriculture and agri-food products, representing $56 billion in export sales in 2016. From 2007 to 2016, these exports have been growing at an annual rate of 7 per cent.
– In 2016, the food and beverage processing industry was the largest Canadian manufacturing segment, representing $28.5 billion, or 16.4 per cent, of the manufacturing sector’s GDP.
– There are 193,492 farms in Canada, a 5.9-per-cent decrease from 2011. The exceptions were the number of farms with fewer than 10 acres, which increased by 2 per cent, and farms with more than 3,520 acres, which increased by 8 per cent.
– The size of the average farm in Canada was 820 acres in 2016, up from an average of 779 in 2011.
– The age of the average Canadian farmer in 2015 was 55. The proportion of farmers under the age of 35 increased in 2016 for the first time since 1991.